CDK generates Logical IDs used by the CloudFormation to track and identify resources. In this post, I’ll explain what Logical IDs are, how they’re generated, and why they’re important. Understanding this will help you avoid unexpected resource deletions and baffling “resource already exists” errors during deployment.

CDK provides an abstraction layer over the CloudFormation, which is used under the hood. With CDK, Infrastructure as Code is easier and more secure. But to use CDK effectively, you still need to understand how CloudFormation works. Failing to do so can have dire consequences, like the accidental removal of all your production database data. And we don’t want that.

Let’s create a simple Stack with one Construct – an SQS Queue. For the Construct ID, the second parameter in the constructor, we set MyQueue.

The template contains a resource AWS::SQS::Queue with Logical ID MyQueueE6CA6235. As you can see, the Logical ID is the Construct ID we provided, with an extra suffix added by the CDK.

Yet another thing is the resource name or the Physical ID. If you go to the SQS page in AWS Console, you will find a queue with a name like MyStack-MyQueueE6CA6235-86lqOs0JG5ZC. It’s the name auto-generated by the CloudFormation, consisting of the stack name, resource Logical ID, and a random suffix added by the CloudFormation for uniqueness. This will turn out important further down the road, so read on.

For now, we have three IDs:

In CloudFormation terms, this is called replacing the resource.

This behavior is described in the CloudFormation documentation:

For most resources, changing the logical name of a resource is equivalent to deleting that resource and replacing it with a new one. Any other resources that depend on the renamed resource also need to be updated and might cause them to be replaced.

The simplest way to provoke it is to change the Construct ID:

When we run cdk deploy, CloudFormation will first create a new SQS queue and only then remove the old one.

The order of operations is essential here – CloudFormation will first create new resources, and only after that succeeds will it remove the old ones. This minifies downtime and prevents the removal of existing resources if something goes wrong during the update and needs to be rolled back.

Old resources are removed in the UPDATE_COMPLETE_CLEANUP_IN_PROGRESS phase, which is described as follows:

In the example above, we changed the Construct ID (and, therefore, the Logical ID), and the update went smoothly. But it’s not always the case.

By changing the CloudFormation resource Logical ID, we removed the existing SQS queue and created a new one. That’s a dangerous thing to do in the production environment.

What if the queue had messages that were not yet processed? We would lose them.

If instead of an SQS queue, it would be a DynamoDB, RDS, or any other database – we would replace it with a fresh, empty one.

It’s also not good when dealing with stateless resources like Lambda functions. By replacing one resource with another, we lose the metrics continuity.

Losing data is not the only potential problem. Sometimes, the CloudFormation may not make the update at all, telling us the resource we want to create already exists.

Let’s modify the first version of our Stack and add the queueName property. This corresponds to the queue Physical ID. Previously, CloudFormation generated that name for us, keeping it unique by adding a random suffix. Now, we hardcode it.

If we deploy the stack now and then do the same as before – change the Construct ID from MyQueue to MyRenamedQueue, leaving the queueName as it is, updating the CloudFormation stack will fail:

The queue name must be unique on a given AWS account in a given region. It’s similar for Lambda functions, DynamoDB tables, and, frankly, most other AWS resources.

But wait!, you may say. We did not declare a second SQS queue with the same name. Our stack still contains a single queue.

But let’s look at the order of operations:

How to fix it? There are two ways:

Okay, so to prevent all those problems, is it enough to not set the resource names by hand and not modify the Construct IDs? Well, unfortunately, it’s not that simple.

The best practice is to let CloudFormation generate unique resource names instead of hardcoding them. This has two benefits:

(The latter can also be achieved with resource names set by hand by adding the environment name to the resource name.)

But sometimes, using auto-generated names is not suitable. From my experience, the “hardcoded” names are better:

But as we discussed earlier, replacing resources is likely not the best thing to do in the first place. So to prevent it, we just don’t modify the CDK Construct IDs. Simple enough, right?

Well, you can guess it – not really.

Let’s look again at our simple Stack with a Queue Construct:

Let’s say that as our service grows, we add more SQS queues and always need them to have dead-letter queues (DLQ) configured. So instead of repeating ourselves, we extract it into a separate Construct. Remember, Constructs are abstract CDK building blocks you can nest, and each Construct may create one or more CloudFormation resources.

We’ve moved the Queue from MyStack to MyQueueWithDLQ Construct. But the Queue ID stays the same – it’s still MyQueue.

If we re-deploy the stack now, we will see two new queues created:

and the existing one removed.

So even if we don’t change the Construct IDs, moving Constructs into other Constructs changes generated Logical IDs. This is what often happens during development or refactoring.

Thankfully, we can still refactor our CDK code while preventing changes to resources’ Logical IDs.

To do so, we can override the Logical ID, setting it by hand instead of letting CDK generate it. Of course, it’s not recommended to do it ahead of time, but when we refactor the code and want to move the existing Construct. Then, we can check the current Logical ID and “pin” it so it won’t be changed:

I hope this post clarifies how CDK and CloudFormation track resources and makes it less confusing.

What’s important is that the CloudFormation identifies the resources by the Logical ID, not the name or any other property. So if you change the Logical ID, the new resource is created, and then the old one is removed.

Replacing resources with new ones is usually safe in development environments but dangerous in production, where it can cause us to lose data.

When we refactor the CDK code and want to move the Construct without causing the resource to be replaced, we can pin down the current Logical ID.

A particularly nasty problem is changing the Logical ID of a resource with a hardcoded name. CloudFormation will first try to create the new resource and fail because the resource with the same name already exists. The solution is to either revert to the previous Logical ID or to temporarily remove the Construct from the Stack, re-deploy to remove the old resource, restore the Construct, and re-deploy again. 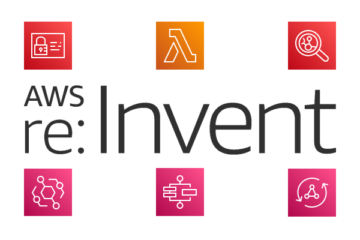 re:Invent 2022, the annual AWS conference in Las Vegas, is now behind us. I did not attend in person, but that gave me time to consolidate this list of top new serverless features while everyone Read more… 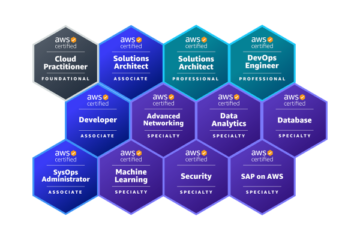 How to pass AWS Certification exams

I’ve never cared too much about certificates, apart from the SSL ones (haha). And yet I passed 7 AWS exams. Why? How to prepare? How to pass? How to pay only 50% for the exam? Read more… 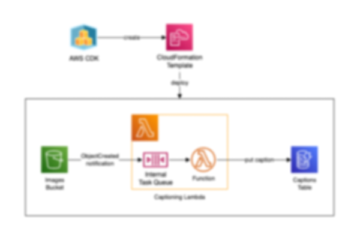 Yes, you can run Machine Learning models on serverless, directly with AWS Lambda. I know because I built and productionized such solutions. It’s not complicated, but there are a few things to be aware of. Read more…

0
0
Comment and share your thoughts!x
We use cookies to ensure that we give you the best experience on our website. If you continue to use this site I will assume that you are happy with it.OK